Great to meet YOU! 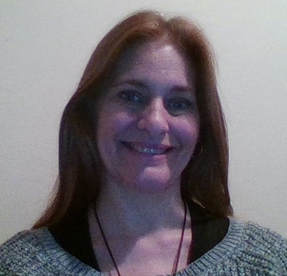 Hi, my name is Alicia Rose. I am an Author, Columnist and Reviewer, who also has online business experience. I enjoy writing about what I know, interested in, or have learned.

My current vocational self-employed journey began after I was laid off from what most would consider a steady ordinary office job in the Health Insurance Industry (mid November 2008, after the Presidential Election). It was a shock to be laid off right before Thanksgiving. The company I worked for was huge, had multiple branches domestically and internationally. No one in our Oklahoma City branch foresaw this huge business shrink to the extent it did. Granted I was not alone for thousands of us in this industry at the end of 2008 lost their employment for "down-sizing" or closure reasons.  I will never forget how being laid off felt like, the worst. This taught me a very valuable lesson. Being employed by someone else does not guarantee "set for life."

​Like many at the end of 2008 and beginning of 2009, I tried to find work, but the cold hard fact was businesses were unable to hire everyone due to the huge lay offs. There were not enough jobs to go around, so companies were more selective. This was a very discouraging time in my life. I had exemplary office skills, but my fields of expertise (industries I had work experience in) were shrinking so I had to apply for work in other industries. This meant I suddenly had no experience in the positions I was applying for, and those interviewing were less inclined to hire me even though I was very willing to learn, start at the bottom.

By March 2009, I realized finding work was not going to occur right away. So with as much courage as I could muster, I began looking into how to become self-employed with no money to invest. I had planned when I retired to become a published author, but being out of work, I decided it was time to begin this dream for I needed something positive to focus on while still going on job interviews. My husband, as frustrated as I regarding my lack of employment, also suggested I find at-home work online. He had heard from a friend how a family member had found this lucrative. He thought I could do this too. The way he described this type of work seemed worthy of looking into, so I began investigating online opportunities. I had goals to accomplish: get an income as well as become a published author.

The Internet opened vast resources and opportunities. Suddenly I could see a light at the end of a very dark tunnel. The more I learned and applied, the better being self-employed I became. Today, I am grateful for following my successful self-employed American Dream. This journey has been amazing and life enhancing. I have learned much in this great vocational adventure including no matter what have a never quit attitude, be willing to learn new things plus applying unswervingly proper time management skills is a must!